What Area Of Charlotte NC Is The Best To Live In? 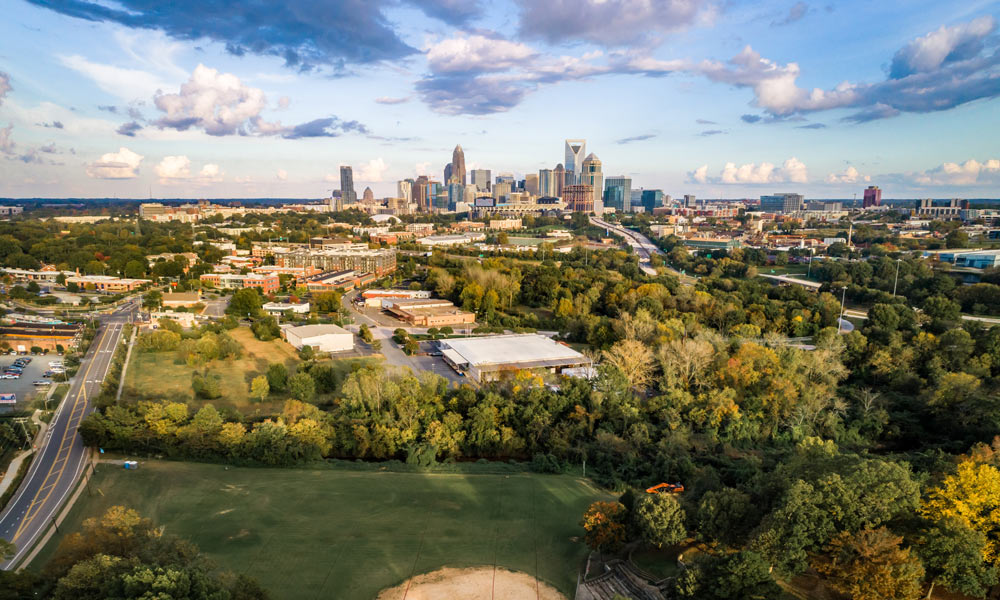 For the last several years, Charlotte, NC has been ranked as a top city for relocation, and it’s easy to see why. With all of the appeal of a major city coupled with easy access to the mountains, ocean, plus southern charm with the likes of barbecue, sweet tea and sports galore, the Queen City has something for everyone. However, having so many options can cause decision fatigue when you’re trying to pick your next neighborhood, so we’ve broken down some of the best areas to live in Charlotte.

If you are hoping to be just outside of Uptown, the city’s center, you can’t do much better than Myers Park. This iconic Charlotte neighborhood has long been considered one of the best places in the city to reside and showcases a perfect combination of modern amenities and historic charm. This neighborhood offers proximity to upscale eateries, shopping centers, some of the best schools in Charlotte, and parks to fill every need in day-to-day life. Myers Park is also considered a national historic neighborhood and features beautifully preserved architecture from the 1920’s as well as a canopy of oak trees which are over a century old. To top it off, easy access to Freedom Park and a major cycling, walking and running loop allow residents to spend time in nature without ever leaving the neighborhood.

Heading west of the city from Uptown is the exciting FreeMoreWest (FMW) neighborhood. This area is on the rise, with homes, breweries and restaurants that show off Charlotte style at its liveliest. Business owners have been testing the waters with their most exciting ideas coming to life in the neighborhood, giving residents access to all the latest the city has to offer. Many new mixed-use spaces are coming to FMW as well, making it a fantastic option for those who want to live and work just a few minutes outside the city center. This community embraces the work-life balance mentality that so many have been looking for in the last few years by offering everything residents could want close by, right at the intersection of West Morehead Street and Freemore Drive.

Known for the trendy crowd it attracts, South End is not only easily accessible from Uptown by Charlotte’s light rail but full of to-dos. From bright artistic installations to nightlife galore, this historic neighborhood is all about expression. Whether you prefer fine art or artisanal work, there is an attraction for everyone. The Charlotte Rail Trail makes it easy to travel this neighborhood by foot in just over 30 minutes and showcases some of the most beautiful sites in South End over its 3.5 miles. Young professionals frequently relocate to this neighborhood, along with their pets who enjoy being adjacent to Southside park. Taprooms and eateries abound here as well, making it the perfect place to spend time socializing. Luckily, South End is also home to several fitness studios from traditional gyms to rock-climbing spaces, making it easy to justify one more delicious snack.

Another hot Charlotte neighborhood, Lower South End or LoSo is 10 minutes from the north and south ends of Uptown by light rail and is just on the other side of South End. Think of LoSo as South End’s little sister, just as excited to mingle, but on her own terms. Here, you will also find a plethora of adult beverage hotspots for coffee, tea and kombucha as well, sometimes in the same buildings as fitness studios. The neighborhood is still very entertainment-focused and boasts locales that feature SkeeBall, bowling, shuffleboard and more as well as true Biergartens that offer German food to complement the atmosphere. Vintage and antique shops allow residents to fill their homes and closets with trinkets from the past without sacrificing quality, further cementing LoSo as a truly unique neighborhood.
Share